Online advertising has really pulled the rug out from under magazine publishing, at least in its mass-distributed form. One of the byproducts of this has been the rise in popularity of the specialty magazine (or journal, or bookazine, or magbook or whatever). They tend to have a higher price point than your typical newsstand read, and they are beautifully printed and have great, specialized content. The idea isn't new however, and one of the greatest examples of the subscription magazine/journal is Eros, a groundbreaking magazine from the early 1960s. 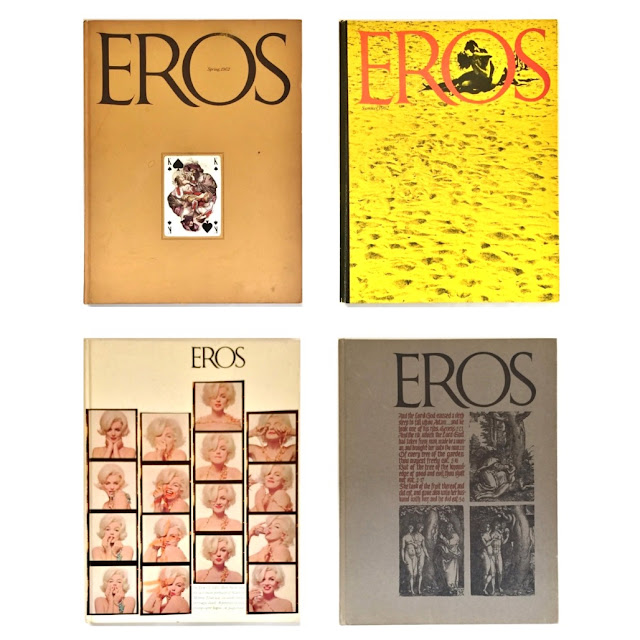 First published in 1962, Eros was a magazine devoted to eroticism. It was geared toward intellectuals and in its four issue run covered a broad range of stories about sexuality in history, politics, arts and literature. Available only through mail order, it featured top talent, starting with a fantastic design by the legendary Herb Lubalin (even then a leading typographer and art director) who was engaged to help elevate the project above the era's popular notion of sexually-oriented publishing.

It featured great writing and photography, and highlights of the run include a controversial photo-essay on interracial love by Ralph Hattersley and Marilyn Monroe's final photoshoot by Bert Stern. But what really clinches the historical significance of Eros is that the publisher, Ralph Ginzburg, was indicted on obscenity charges after the fourth issue came out. It was a case that made it all the way to the Supreme Court and helped define obscenity for a generation. 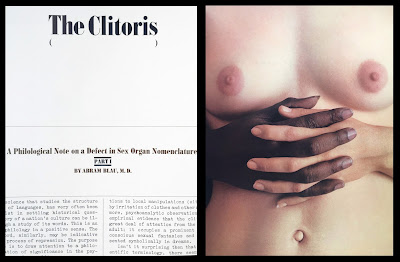 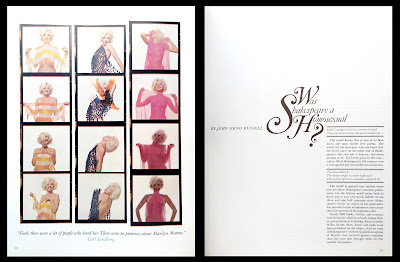 Publication ceased after the indictment (although Ginzberg would go on to publish other groundbreaking magazines like Fact and Avant Garde), but Eros, and its legal aftermath, is considered one of the key factors that helped launch the sexual revolution.

I've discovered issues of Eros a handful of times over the years, usually in liberal pockets like Ann Arbor (and a whole set once at an estate sale in Grosse Pointe where the home owners were definitely swingers). As you would expect, the contents are tame by today's standards, but it is smart without being stuffy, and often very funny. It's a beautifully-designed, interesting-to-read bona-fide cultural artifact, perfect for the coffee table of any liberal sophisticate. Or sophisticated libertine.