The Clock is Ticking

There's a sad sort of clanging from the clock in the hall, and it's saying that Hugh is down to its last month. 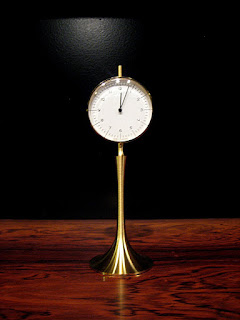 It seems like only yesterday the opening party of Hugh spilled out onto the Park Avenue and an exuberant mix of folks clamored for attention classic bachelor accoutrements as only Hugh could provide.

Throughout the run of this retail happening people have asked, "Will you keep it going if it does well?"  I've always had to answer no.  Detroit doesn't need to feel bad if for some reason I decided not to continue Hugh.  Plus I said it was for six months and I am an honest person - Detroit also doesn't need more lies.

So what's next?  Hugh is open through Saturday, April 3.  After that the space will be closed for a week while we re-tool it a bit to be the Mezzanine Clearance Sale!  Hugh's goods will move to the online store, but Mezzanine still has a lot of floor model and discontinued merchandise that is not offered through that website, and for three weeks we will have a big old sale on Park Avenue!  There may be a party.

At the end of April we vacate the space, and from there ... it's anyone's guess!

So why don't you pop into Hugh during March and see what we've got that you need? Just because the store is winding up doesn't mean there isn't new merchandise. And don't think for a second that Hugh's Online Store does more than tease you with the greatest hits - we don't even have our awesome vintage finds on display there!
at 4:33 PM

The Hugh - open six months - concept is so 21st century and so Detroit!

Love the store; wish it could stay!