Grace Jones was having a rather good year in 1985. She was in a James Bond film, back when that mattered. And she released the concept album Slave to the Rhythm, one of her most successful commercial releases. And shortly before that, in the July issue of Playboy, she appeared with her lover at the time Dolph Lundgren in a series of photographs by Helmut Newton. 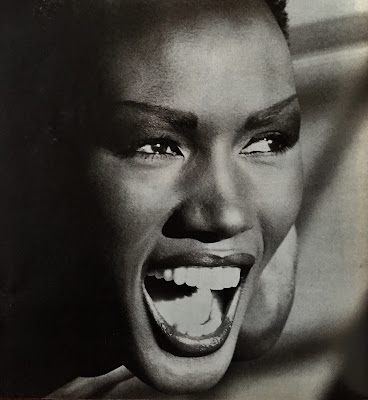 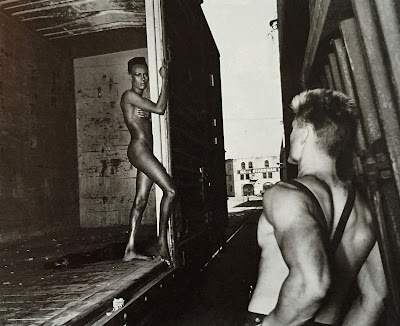 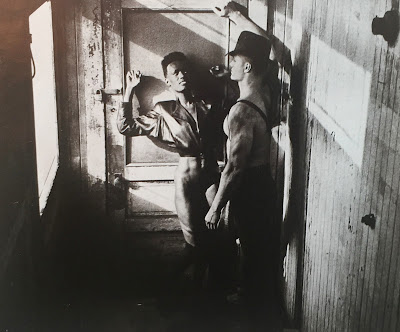 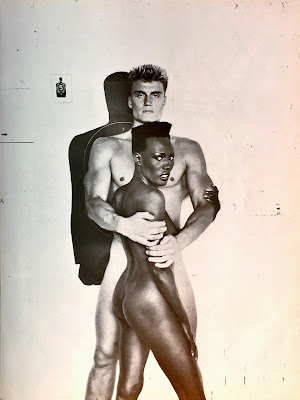 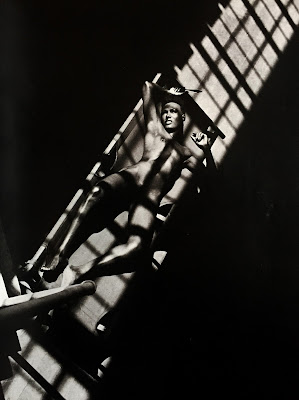 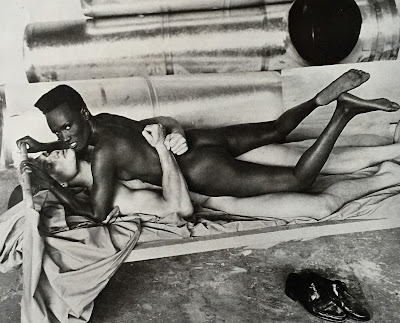 The wonderful thing about Grace Jones is that, in hindsight, she seems somewhat ubiquitous, but in reality she was a relatively underground celebrity (as 80s celebrities go). Maybe that's why she is still so enjoyable today.
at 5:23 PM