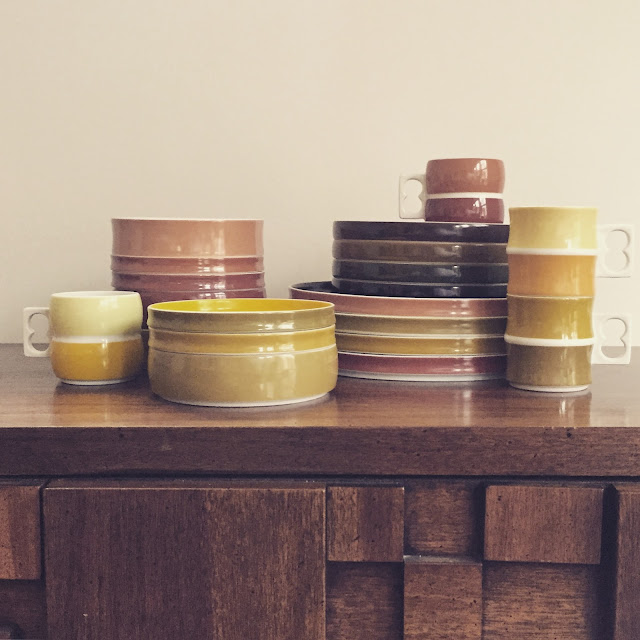 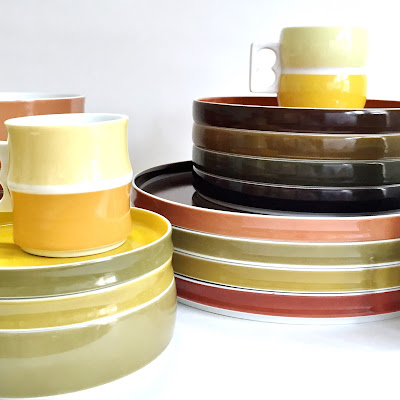 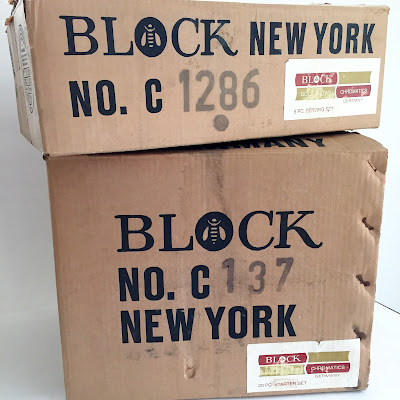 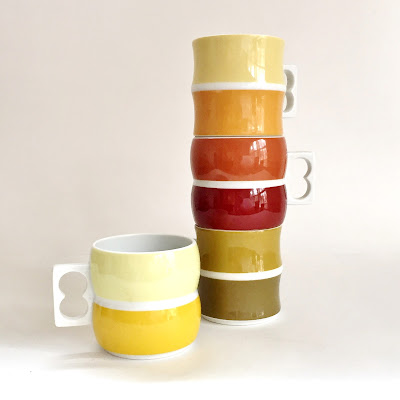 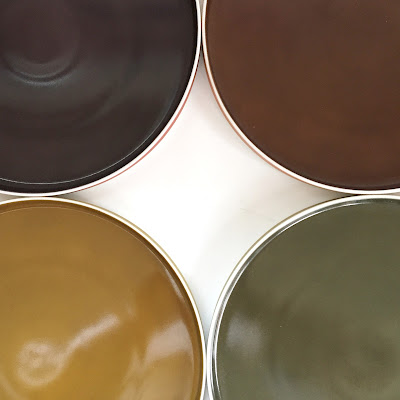 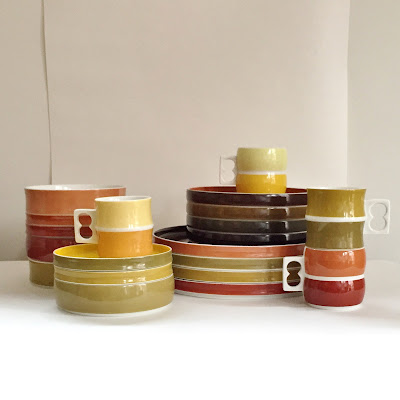 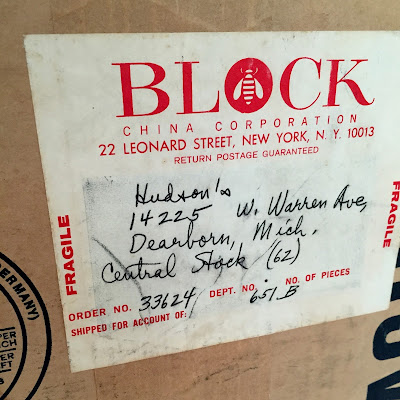 Wowsers, they are gorgeous! What treasure!

Your set is awesome! I have an almost complete set (service for 8) of this pattern in the BlueGreen color scheme. I also have the matching liquor decanter and shot glasses. Of which I have never seen online anywhere. I took the decanter and shot glasses to an Antiques Roadshow and their appraisers had never seen them either. The set was my mother’s and I’ve searched high and low for a few missing pieces and information about this cleaver and beautiful China and crystal. Loved hearing about the designer! Thanks!

I am not sure who copied who, but I have this design from a company called Arzberg Germany.

Do you still have this set? I have an almost full blue green set but am missing wine and water glasses, decantor and shot glasses, and vegetable bowl. I would be interested in buying your whole set. Thank you

Can I buy this brown set?

Have brown set though incomplete.