One of my favorite homes, located on the water near where I spent some of my formative years, is the Hawkins Ferry house in Grosse Pointe.

W. Hawkins Ferry is best known for authoring the definitive book on Detroit architecture, The Buildings of Detroit. But he was also a philanthropist, art collector, educator and modernist and was responsible for such great things as the core of the Detroit Institute of Art's modern art collection, the Marcel Breuer-designed Grosse Pointe Public Library (including Calder sculpture) and his own International Style home on the shores of Lake St. Clair, designed by noted local architect William Kessler in the 1960s.

Built as a house for art and entertaining, the residence was featured as the cover story in the September 1969 issue of House Beautiful. Here are a couple scans of this really incredible house to inspire you, or make you feel really inadequate. Most of the art you see in there (dig the Giacometti sculpture) can now be found at the DIA. The floorplan should be helpful to you when the time comes for you to design your own home. 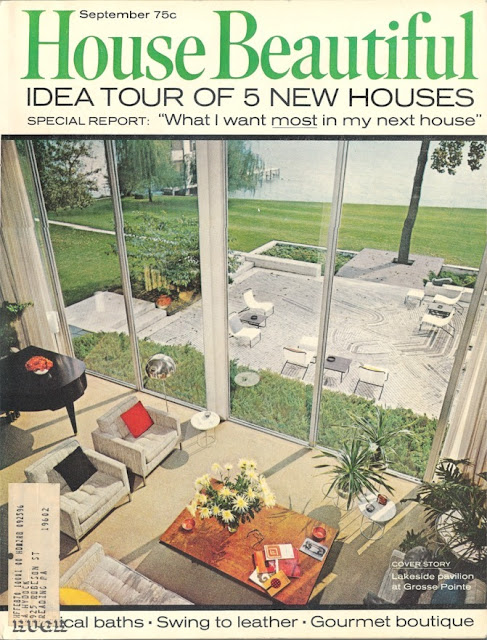 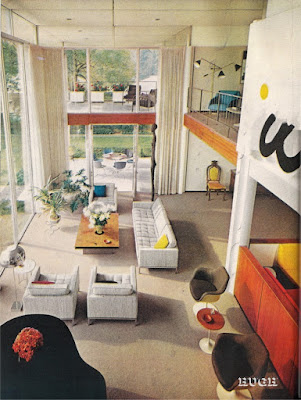 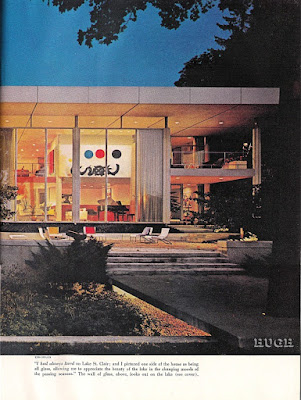 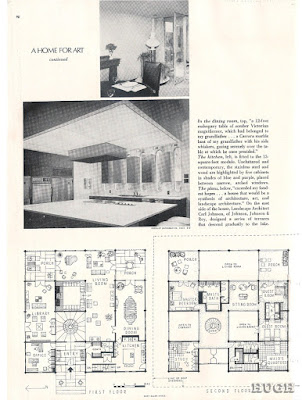 Growing up in the early 80s it was actually a landmark of sorts ("You can go out in the Boston Whaler but don't go past the white box house.") but of course I had no idea who lived there. I got the Buildings of Detroit book when I first moved back to Michigan in the 90s, and learned Ferry owned it due to its inclusion there. Other information trickled in until I was kind of obsessed and wrote about Ferry on my old blog back in 2008, which is when I originally discovered this coverage existed and subsequently posted these scans. You can read more about the man here, and read the original post here.

As for the house itself, after years of deferred upkeep and modifications, it has finally made its way into the hands of appreciative owners. You can follow the incredible progress of their restoration on their Instagram account, @hawkinsferryhouse.